Semantics is a branch of linguistics dealing with the meaning of words, phrases and sentences, however, contrary to pragmatics it does not analyze the intended speaker meaning, or what words denote on a given occasion, but the objective, conventional meaning. Additionally, it is concerned with the conceptual meaning and not the associative meaning. The conceptual meaning is what a word in fact denotes, as for example Friday the 13 th is a day between Thursday the 12 th and Saturday the 14 th, and that is the conceptual meaning of the phrase Friday the 13 th. Yet, for many people the idea of that day brings to mind thoughts of bad luck and misfortune, which is the associative meaning.

Apart from the semantic features of words also semantic roles (sometimes called ‘thematic roles’) are examined. Semantic roles describe the way in which words are used in sentences and the functions they fulfill. Thus, the entity that performs an action is known as an agent, while the entity involved in an action is called the theme (or ‘patient). When an agent uses an entity in order to do something this entity is called an instrument. However, when a person in a sentence does not perform any action, but only has a perception, state of feeling then the role is described as experiencer. Finally there are roles connected with motion or position of entities. So, the location is where an entity is, the source is the initial position of the entity, the place where it moves from and the goal is where the entity moves to.

One other issue investigated by semantics is the relationship between words, some of which are known to almost every language user, others very abstract and vague for a common speaker. To begin with the simplest relationship between words let us have a look at synonymy. Synonyms are two words with very similar, almost identical meaning, such as buy and purchase, or cab and taxi. In some cases however, although the meaning seems nearly identical there is a difference in the word usage or the level of formality and therefore the words can not always be substituted. The next relationship between words is the case when two words have opposite meanings, the words such as male/female, old/new, interesting/boring are antonyms. What is interesting is that antonyms are divided into gradable and non-gradable antonyms. Gradable antonyms are opposites along a scale in that when someone says ‘I am not high’ it does not necessarily mean ‘I am short’. Non-gradable antonyms do not present such flexibility: when we say ‘I am married’ the only antonym available in this sentence would be ‘I am single’.

A very common word type in the English language is that of homophone. Homophones are words which have different written forms, but the same pronunciation such as: right/write, to/too/two, bear/bare. Homophones are often mistaken for homonyms, but homonyms are words which have the same written or spoken forms and unrelated meanings, as for example: bat (flying creature) and bat (used in baseball), race (contest) and race (ethnic group). Still when a word has multiple related meanings then linguists speak of polysemy as with head for instance: head as a part of body; mind, or mental ability; a person in charge.

Another interesting relation between words is that of metonymy which is based on close connection of certain entities in everyday experience. The connection can be that of container-content, whole-part, or others. It is clearly visible in the following example ‘he drank the whole bottle’ when it is obvious that he did not drink the container, but the content of the bottle. 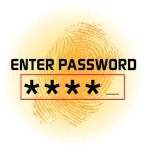 Easy and brief, the kind of articles I love to read, two things made this beautifully written Pass*word, thanks a lot !! 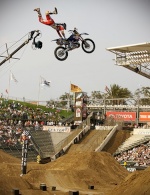 u r wlcm, and i think we have this criteria in common: easy and brief, otherwise i won't READ !! lol