African literature written in the postcolonial era by authors of African descent.
INTRODUCTION

Postcolonialism in Africa refers in general to the era between 1960 and 1970, during which time many African nations gained political independence from their colonial rulers. Many authors writing during this time, and even during colonial times, saw themselves as both artists and political activists, and their works reflected their concerns regarding the political and social conditions of their countries. As nation after nation gained independence from their colonial rulers, beginning in the mid-twentieth century, a sense of euphoria swept through Africa as each country celebrated its independence from years of political and cultural domination. Much of early postcolonial writing reflects this sense of freedom and hope. In the years that followed, as many African nations struggled to reinvigorate long-subservient societies and culture, writers of postcolonial Africa began reflecting the horrors their countries suffered following decolonization, and their writing is often imbued with a sense of despair and anger, at both the state of their nations and the leaders who replaced former colonial oppressors. Critics, including Neil Lazarus, have proposed that this sense of disillusionment, reflected in the works of such authors as Ayi Kwei Armah, marked the beginning of a major change in African intellectual and literary development. Beginning in the 1970s, writes Lazarus, the direction of African fiction began to change, with writers forging new forms of expression reflecting more clearly their own thoughts about culture and politics in their works. The writing of this period and later moves away from the subject matter of postcolonial Africa, and moves into the realm of new and realistic texts that reflect the concerns of their respective nations.

Postcolonial studies gained popularity in England during the 1960s with the establishment of Commonwealth literature—in the United States, this phenomenon did not reach its zenith until the 1990s. Because postcolonial writers are studied by and read most often by Western audiences, their works are often seen as being representative of the Third World and studied as much for the anthropological information they provide as they are as works of fiction. This, notes Bart Moore-Gilbert in his Postcolonial Theory, has led to the creation of a criticism that is unique in its set of reading practices, which are “preoccupied principally with analysis of cultural forms which mediate, challenge, or reflect upon … relations of domination and subordination.” In his study of postcolonial African fiction, Graham Huggan also comments on this phenomenon, theorizing that western critics need to make an increased effort to expand their interpretive universe in order to study African texts as fiction, rather than as windows into the cultures they represent. This difficulty is further compounded by the fact that many indigenous African authors in the postcolonial era and beyond remain un-translated, and are thus unavailable to western critics. In the meantime, the canon of translated or European-language works that are available, although but a minor part of African literature in general, have come to define postcolonial literature and its critical response.

African writers are themselves very conscious of this gap between texts that are accessible to the West and those that remain in Africa. In fact, the language issue became a central concern with many African writers in the years following decolonization, and some, including Ngugi wa Thiong'o, have chosen in the years following independence to reject English and other European languages in favor of native African writing. Ngugi and his supporters were opposed by several African writers, including Chinua Achebe, Wole Soyinka, and others, who challenged the usefulness of such a stance. In contrast, Ngugi theorized that by writing in English or French and other European languages, African authors are continuing to enrich those cultures at the expense of their own. Writers who support African-language literature are also concerned that European languages are unable to express the complexity of African experience and culture in those languages, along with the fact that they exclude a majority of Africans, who are unable to read in these languages, from access to their own literary success. In contrast, critics such as Jeannine DeLombard have pointed out that while African-language literature is popular with indigenous African populations, such writing tends to be formulaic and stereotypical. While the language debate continues, many authors, including playwright Penina Muhando Mlama, Ngugi, and several others, have expanded their literary horizons by collaborating with everyday African people to produce writing that is popular in both origin and destination. 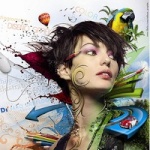 Thank you for the interesting topic Marie, I guess it came in the right time, don't you think ?