Heart of Darkness is a novella written by Joseph Conrad. Before its 1902 publication, it appeared as a three-part series (1899) in Blackwood's Magazine.

Heart of darkness is based on Conrad's experinces in 1890.however, the novel is about journy made by marlow a seaman who traveled a long the congo river to riscue the manager of the last station, afamouse man known as Kurtz.
Conrad has created the character Kurtz out of all the contradictions and madness of imperialism .he is of European descent and is described as half french and half english . he is also described as a universal genius in the sense that he is a great writer,great painter,great poet,, and politician. Also he cames to africa with nobel intentions of doing a good things for the "dark continent".He believes that each station of the Ivory company should help the natives to a better way of life but good and evil split Kurtz his soul, and he lives totally by the bitter truth.
Because of the ivory and the jungle , Kurtz lost his superego;he completly chnged from a good man and remarkable man to frighterning one , he turned from a peaceful man to a rude end brutal one without any sensitivity .he became likean animal reacting without thinking of consequences . He behaved as a savage and became corrupted , he was nomore so important to the company as he used to be , he was expected to do great things , but he never achieved his overall aims, on the contrary he went against the way he traced for himself.
Human nature is changeable and environment can influence . the personality of anyone ( darwinism),

Another intresting novella!! What I like about it is that it really is a mess!! and that's what Modernism is about!! It shows multi points of view, honestly till now I don't think I get them straight away, but still intresting!!

Literature is imagination and art ; and since it is so ; it becomes ambiguity itself . Then noone can interprete literary pieces and works the same way others do.It's quiet complicated and sweet at the same time. 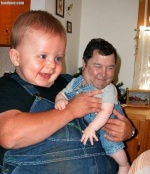