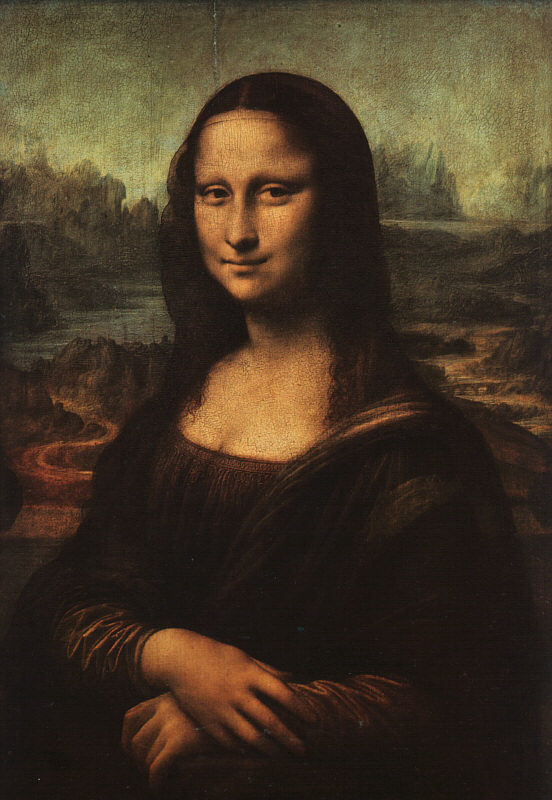 Mona Lisa one of the most well known paintings in the world, it is also known as "La Giocondo" or "La Joconde", was painted by Leonardo di ser Piero da Vinci in Florence, Italy. Leonardo Da Vinci began painting the Mona Lisa in 1503 or 1504. According to Da Vinci's contemporary, Giorgio Vasari, "...after he had lingered over it four years, left it unfinished...." It is known that such behavior is common in most paintings of Leonardo who, later in his life, regretted "never having completed a single work". He is thought to have continued to work on Mona Lisa for three years after he moved to France and to have finished it shortly before he died in 1519.The painting is a half-length portrait and depicts a seated woman (it is almost unanimous that she is Lisa del Giocondo) whose facial expression is frequently described as enigmatic. The image is so widely recognized, caricatured, and sought out by visitors to the Louvre that it is considered the most famous painting in the world.